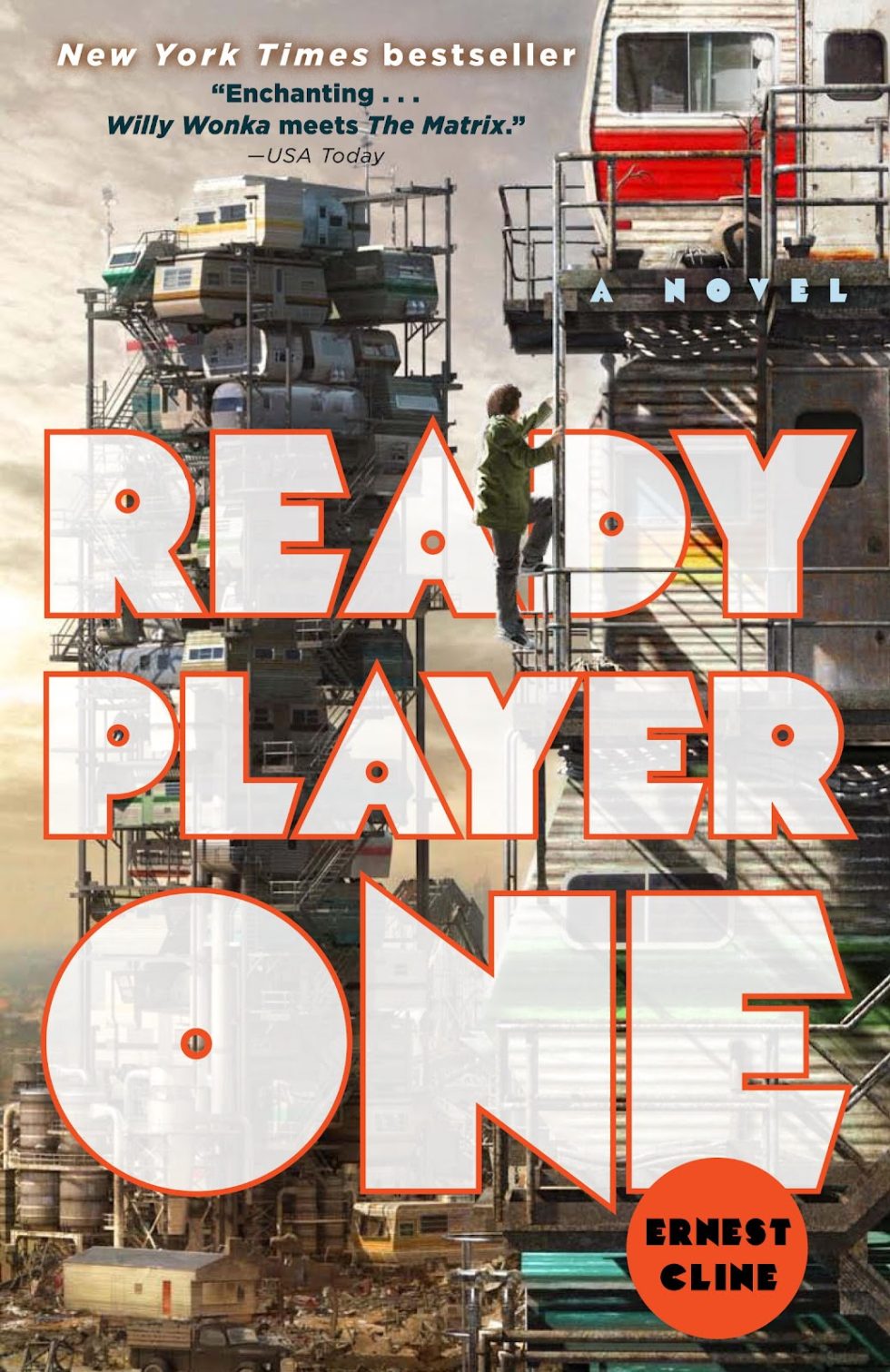 So, you may be wondering why I am reviewing a book on this site. Ready Player One by Ernest Cline is a book that speaks to my heart because of its messages and warnings about technology usage.

My husband read Ready Player One when it came out in 2011, and he’s told me for years to read it. (I don’t remember this, but I’ll blame it on sleep deprivation…we have had three kids since 2011.) I’m starting a new teaching job in the fall, and Ready Player One is on the summer reading list as an option for my sophomore boys.

I don’t want to give away everything about this book, but if you like video games, love the 1980s culture, and consider yourself a sci-fi nerd, I guarantee you will like Ready Player One.  However, as an educator, it can provide some interesting prompts for conversations with students about life as a digital native.

In the book, the characters pretty much avoid living in the real world since it is falling apart. I’m not spoiling anything when I tell you that Earth is suffering from being mistreated. Pollution, mismanaged politics, and depletion of natural resources have created a shell of what we know as Earth. Trailer parks have turned into stacks of trailers, people have little food, and the environment is horrid, to put it kindly; so people retreat into a gaming system/virtual reality called the OASIS. Students can even attend school in the OASIS.

People spend most of their waking hours trying to live in an alternate reality because they don’t like their real lives and what their real world looks like. OASIS even has commands users can choose that force them to work out at home before they are allowed to use OASIS to help keep them in physical shape in the real world.

In OASIS, an individual can make an avatar that is whatever he wants. It can look like you, be a different gender, or even a different race. There are no limits. People befriend each other and even fall and love. But is it real? Is it genuine? And without spoiling the book, what was the author’s intent in showing us a world like the one in Ready Player One?

When I was teaching and in graduate school at Regis University, I was researching what limit technology put specifically on the values of Jesuit education. Jesuit education put a strong emphasis on critical thinking and reflection. As a former retreat director and campus minister, I know that putting away distractions is a necessary component to really achieve reflection. However, what do you do in a world like that of Ready Player One? What happens in a world where people are so immersed in their alternate reality that they don’t know how to unplug because so much of their life is “lived” in that alternate universe?

Since this book is summer reading, my students have a choice between reading it and Fahrenheit 451. I’m very curious though what they will think of it, and as students at a Jesuit high school, I’m very curious on their opinions about whether or not Jesuits would like the world in Ready Player One. I hope that they can see the warnings about technology usage in the book and how dangerous it can be living in an alternate universe and the question of whether or not it’s “real”. I’m a bit nervous that they will miss out on much of what makes this book rich since there are so many references to 1980s pop culture, but as someone who grew up in the 1980s, I found the references to Family Ties, Pac Man, and Rush endearing.

I don’t really get to “teach” this book, but I’d love to hear how other teachers who have read it would approach it in the classroom and what points you would make using this in a class discussion.