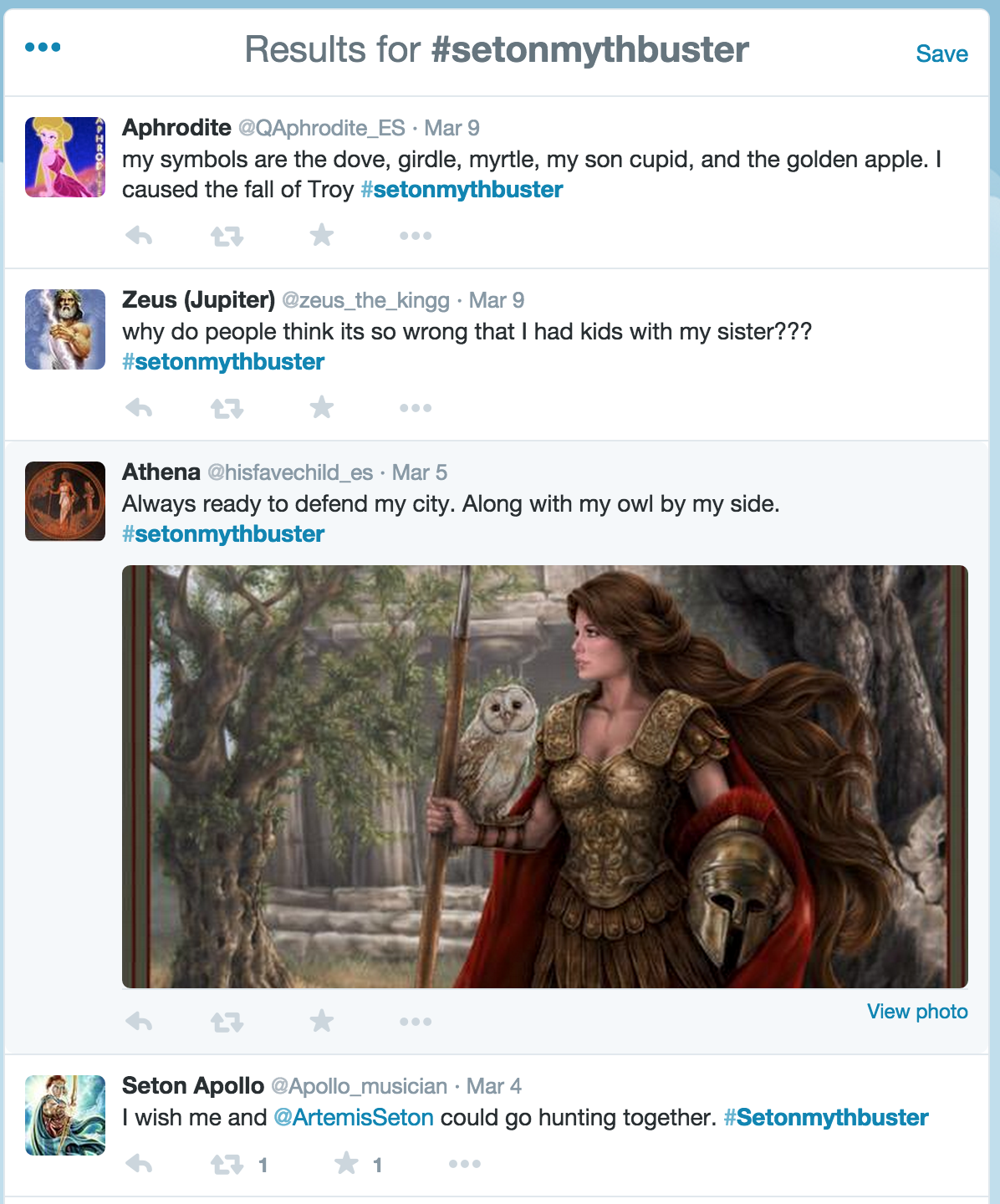 Even though I love using technology in my classroom and at home, I find it is important to limit tools and unplug. This is part of why I have never really fallen in love with Twitter. I have a personal and professional Twitter account, but as I tell my students, I am a follower. I pull content; I don’t push it out.

This year, I was stumped though when it came time to do my mythology unit. I had taken a three-year break from teaching high school while we lived in Texas, and in those three years, high school students stopped using Facebook and primarily used Twitter as their social media tool. This meant I had to figure out how to redo my beloved mythology research project.

In the past, my freshmen would each be assigned a god or goddess. In the good old days on Facebook, you could view wall-to-wall conversations with users, and you could share all sorts of information about your relationship status and family. This information was featured prominently on someone’s Facebook profile. This was great for the Greek god 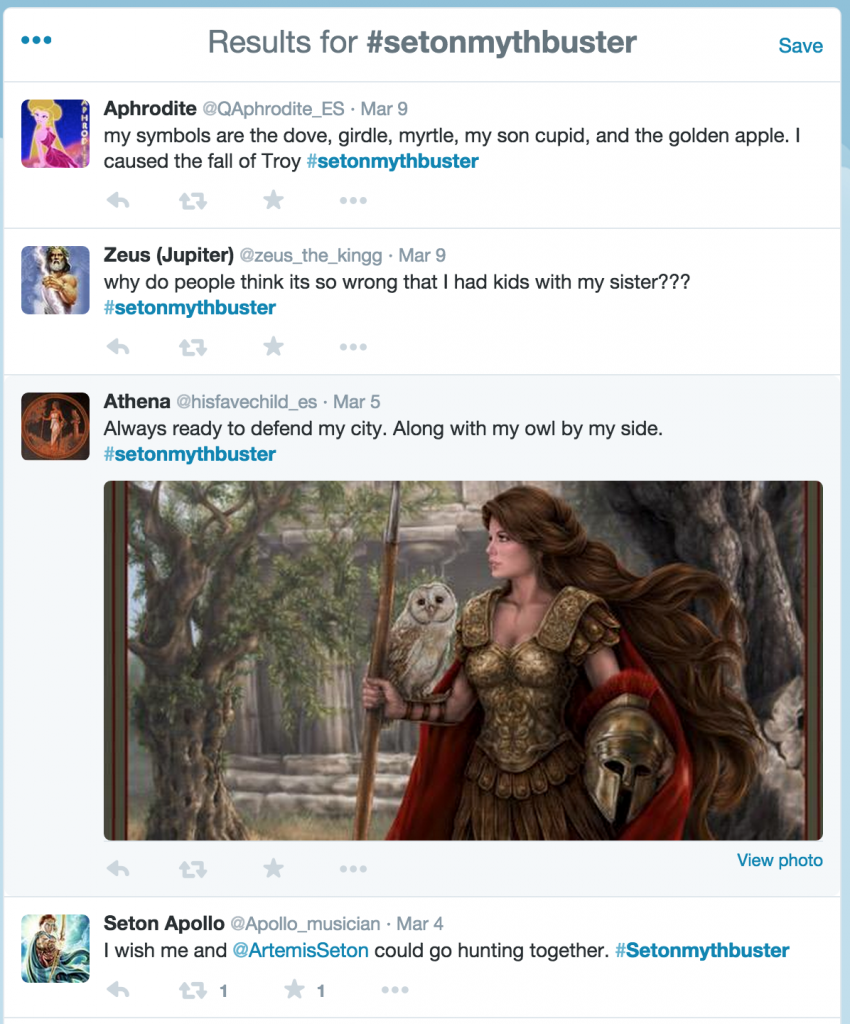 unit since my students could create PowerPoints with the various pages of information that used to be on Facebook. They loved showing the drama between the various gods, sharing pictures of symbols, and pretending to interact with each other on the walls.

In the fall, I asked my students about their use of social media and quickly learned that Facebook is now for old people. They didn’t use it. They didn’t know its features. Their tool for sharing with Twitter.

I spent months trying to figure out what to do with my mythology project, as this was going to seriously impact it. It was going to be much harder to do what they did before. So, I abandoned my previous project.

I created a new assignment where my students would write a two-page research page on their god or goddess, I would introduce them to Noodletools and make sure they were using reputable sources and organizing research, and I would delve into the world of Twitter, asking them to create Tweets and teach their classmates about the god or goddess online instead of doing a formal presentation as students did in the past with PowerPoint.

We created Gmail accounts for each god or goddess in class (since Twitter requires an email address to create an account) and the students created unique Twitter handles for their respective gods or goddesses. For example, Athena was @hisfavechild (showing that she is supposedly Zeus’ favorite). The students had to post five times a day for a week. They had to include images (in the form of profile and header pic and share at least one image in their tweets) and “teach” their classmates through their Tweets and interactions with each other. Each post had to have the hashtag #setonmythbuster so that we had a way of tracking it.

Since I have a small class, I pretended to be a different god or goddess, and students could guess who I was for extra credit. I offered affirmation, sent private messages when the content got sloppy (especially with spelling) and kept track of the tweets each day.

While I still don’t love to use Twitter, this exercise taught me how beneficial Twitter chats can be. My students were even recognized by a friend of mine who is children’s author on her Twitterfeed. I’ve had a lot of friends who teach English that were intrigued.

I wish Twitter had an educational platform so we could do this easily without having to create the fake accounts. I had each student share and explain the posts at the end of the project when we reviewed the test.

If assessment is a testament to students’ understanding, this project worked. Their mythology test was one of the highest test scores many have had all year. From a writing standpoint, my students felt challenged by Twitter’s limited characters. I limited it even more by requiring a common hashtag. This really forced them to choose their words carefully and be concise while sharing the content. They feel more pressure when they know they have to “teach” their peers.

So my advice is this: give Twitter a try. Here’s a great resource with 50 ways to use it in your classroom. The National Education Association even advocates for teachers using it for professional development and in your classes. If you are looking for more teaching ideas or PD resources, you can find a plethora on my Pinterest board for Twitter in Education. And be sure to let me know if you have any questions about using Twitter or if you want more information on how my students used it in class.